The New Sekt Wine Is Here! The new guide to German and Austrian sparkling wines.

Anyone who loves Champagne needs to know about the new things happening with Sekt. What’s Sekt? It’s the term used for sparkling wines in Germany and Austria. And, it just might have the potential to roust France’s stronghold on bubbly.

Getting to Know Sekt Wine

Since its inception in the 1820s, Sekt has endured a lifetime of mediocrity. This is because Sekt only maintained low quality standards, which allowed a tidal wave of cheap bubbly into the marketplace. On the positive side, everyone drinks the stuff.

All About German Sekt Wine

We all may look to Champagne for bubbly inspiration, but Germany can claim three top sparkling wine houses. You may have never heard their names, but together the conglomerate brands of Rotkäppchen-Mumm, Henkell and Söhnlein, and Schloss Wachenheim produce 575.4 million bottles each year (2008 data). Just these 3 brands produce more Sekt than all of Champagne (which shipped 306.1 million bottles in 2016).

There are an estimated 2,000 producers of Sekt in Germany, the majority of which are small producers. Of course, as you’ll soon discover, a lot of the Sekt produced in Germany isn’t from Germany at all. Say what? Here’s a run down of how German Sekt is classified and a few notes on how to find quality.

Fizzy booze water from pretty much anywhere but Germany.

Unlike the word “Champagne,” “Sekt” is not a protected term. In Germany, the large producers are allowed to import grapes, juice, or wine to produce Sekt. These bargain-basement wines are labeled according to EU minimum standards and aren’t allowed to use a protected designation of origin (PDO). Instead, these wines may say “Sekt of France” or “wine from multiple countries of the European Union” on the label.

Most of these Sekt wines are produced using the Tank (Charmat) Method, like Prosecco. These wines are made for local consumption and you shouldn’t find them outside of Germany.

(aka Deutscher Sekt) At least these wines are only from Germany and are usually made in a sweetish-fizzy style, using Germany’s more affordable varieties from economical regions (like Müller-Thurgau). The wines are not allowed to use a protected designation of origin, but will have the country of origin on the bottle.

Most base model German Sekt wines are made using the Tank (Prosecco) Method. This quality level of Sekt is kind of like a fizzy Liebfraumilch.

(aka Sekt bestimmter Anbaugebiete or Qualitätsschaumwein b.A.) Quality starts at Sekt b.A., which specifies one of the 13 official German wines regions (Rheingau, Mosel, Pfalz, etc). Wines use regional grape varieties like Riesling, Silvaner, and Pinot Noir, and it’s even possible to find some Sekt b.A. made like Champagne using the Traditional Method and a blend of Chardonnay and Pinot Noir grapes.

Because there are no rules specifying winemaking method (producers use both Tank, Transfer, or Traditional Method) it’s somewhat difficult to verify quality. The first thing to do would be check the label to verify:

The best thing to do would be to look into the producer and see if they list detailed information about the Sekt, including varieties used, length of aging, and vineyard areas.

Winzersekt is Germany’s attempt to define high quality Sekt. This style of Sekt is most commonly made with the Riesling varietal, although it’s possible to find them produced of Chardonnay, Pinot Gris, Pinot Blanc, and even Pinot Noir (as rosé).

The last classification of German sparkling is a bit of an odd duck. Perlwein is a carbonated wine (with about 1–2.5 atmospheres of pressure) that can either be really cheap and horrible or technically a decent quality wine with a protected designation of origin (PDO). There seems to be no in-between. A few producers are making quality wines, but since Perlwein is not a protected term, it’s really difficult to verify what you’re getting into.

All About Austrian Sekt Wine

Even though Germany produces the lion’s share of Sekt, Austria recently set the standard for quality. In 2015, the Austrian Sekt Commission released a set of bottle labeling standards. The new standards launched this year on October 22, 2017 –Austrian Sekt Day!

The new standards add three quality tiers, of which two are very exciting. Here’s a run down of what to expect with Austrian Sekt:

Bottle is not allowed to include a protected designation of origin (PDO) and will include either the country of grape origin like “Vin de France” or even “wine from multiple countries of the European Union” on the label. What’s interesting is this standard is so low, it can’t actually be from Austria. You’ll only find these wines when you’re in Austria and, on the plus side, they will be cheap!

(aka “Austrian Qualitätsschaumwein”) This wine is not allowed to use a regional designation other than “Produced in Austria,” where it’s required it be made from 36 official grapes. Additionally, Austrian Sekt must have a minimum pressure of 3.5 atmospheres (3.5 bar – the same as Prosecco). The vintage and variety may also be displayed.

Up until 2015, base model Austrian Sekt was the name of the game.

Austrian sparkling wines from a protected designation of origin.

The first level of “serious” Austrian Sekt wine quality starts at “Klassik,” which must be sourced only from one of Austria’s major wine regions. What’s cool is the additional aging requirement of nine months on the lees–a process that adds creaminess to sparkling wine. Still, Klassik is not quite at basic Champagne (which requires 15 months lees aging) levels. In terms of production standards, Klassik is much closer to Prosecco than Champagne.

What’s great about Klassik is that many wines feature Austria’s awesome, zippy Grüner Veltliner variety and they are usually below the $20 mark. Grab some Thai take-out and have a party.

Premium Austrian sparkling wines from a protected designation of origin.

The second level of quality Austrian Sekt is “Reserve.” The big difference here is wines must be made with the Traditional Champagne Method, which is the same method used in…Champagne (duh)! What makes bubble heads excited about “Reserve” is the aging requirement of no less than 18 months on the lees. Putting this classification on par with (or better than) non-vintage Champagne.

For a wine connoisseur, Reserve Sekt has all the pedigrees of excellence.

Grosse Reserve (“grand reserve”) will first release on Oct 22, 2018, and it’s the highest level of Austrian Sekt wine. Aging on the lees must be no less than 30 months, which is quite similar to vintage Champagne (at 36 months). Unlike Champagne, however, winemaking rules for Grosse Reserve even restrict blending red wine with white wine to make rosé. The additional requirement of being from a small village is very similar to Champagne’s Premier Cru / Grand Cru classification system.

Austria wouldn’t ever say this out loud, but we think they’re trying to one-up their big Sekt sister, Germany. The truth is, Germany makes many outstanding Sekt wines, they just don’t have official regulations that are quite as rigorous. To outsiders getting into Sekt, this simply means you can’t use bottle label logic to guesstimate quality.

Perhaps Germany will take the challenge and revisit their standards in order to better help us drink the good stuff!

Great article on the details of German Sekt, along with tasting notes by Schiller-Wine
Details about German Sekt production and big brands (pdf)
Check out Wines of Germany for more specific information on German Sekt.
Austrian sparkling wine consumption statistics based on percentages provided from Wines of Austria.
Statistics on annual Champagne production from 2016 by Comité Champagne (pdf) 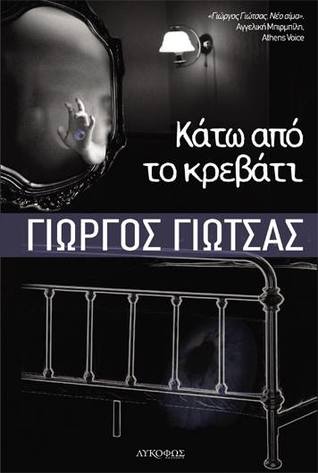