Posted by pk π on 03/10/2018
Posted in: Αποστάγματα-Distillates. Σχολιάστε
You are currently viewing the International Edition.
Switch to the Hong Kong Edition

Bonhams has once again broken the record for Scotch whisky sold at auction, with the sale of a 1926 Macallan which went for over £800,000 when sold in Edinburgh today.

This beats the record set by Bonhams in Hong Kong earlier this year when a bottle of the same whisky was sold for, a then record, of £814,081.

Bonhams’ whisky specialist, Martin Green, said: “I am delighted at this exceptional result. It is a great honour to have established a new world record, and particularly exciting to have done so here in Scotland, the home of whisky. Bonhams now holds the record for the three most valuable bottles of whisky ever sold at auction.”

The Macallan bottled 24 bottles of its 1926 60 year old in 1986, each with a label by pop artists, 12 by Italian Valerio Adami and 12 by Briton Sir Peter Blake and each in a special ‘brass and glass’ presentation case known as a ‘Tantalus’.

It is not known how many bottles still exist, one is known to have been drunk and one was reportedly destroyed in the Japanese earthquake of 2011.

Sotheby’s meanwhile is due to sell a bottle with the Peter Blake label in New York later this month and whether it can break the latest record or not, it is due to be the most expensive bottle of wine or spirit the auctioneer has ever offered.

Jancis Robinson explores the increasing number of wine growers who are adopting biodynamic culture. “However much scientists may snort, it is easy to see the warm, fuzzy, if somewhat irrational appeal of biodynamics.” In the San Francisco Chronicle, Esther Mobley reports on Alecia Moore’s, aka Pink’s, passion project. “Five years ago, Moore and her husband, the former motocross racer Carey Hart, bought a 25-acre vineyard on a 250-acre property in Santa Barbara County’s Santa Ynez Valley… They moved to the property, built a winery, and Moore took a five-year hiatus from releasing new music so that she could realize her longtime dream of making wine. It has been one of the happiest and scariest periods of Moore’s life.” Oliver Styles delves into the messy business of additives in wine, and wonders why some additives are more acceptable than others, in Wine-Searcher. Could the Supreme Court strike down bans on wine retailer direct shipping? Emma […] 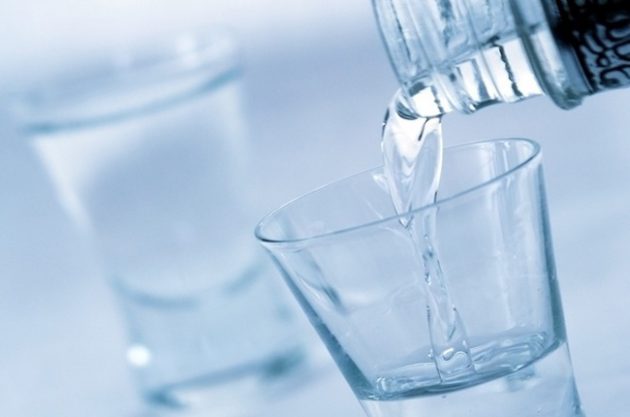 Vodka is a colourless spirit composed primarily of water and ethanol.

It is a distilled beverage that can be made from any starch or sugar-rich fermentable agricultural material. Traditionally made from potatoes, most vodka today is produced from grains such as sorghum, corn, rye or wheat and molasses.

Because of its distillation process vodka tends to have little to no flavour but it can have varying characteristics depending on the different methods and ingredients used resulting in a range of tastes and textures.

Vodka production in its earliest form dates back to the 14th Century, primarily in Poland and Russia, the home of modern day vodka.

Initially used as a medicinal remedy, vodka as a drink slowly increased in popularity and through advances in distillation and distribution it eventually reached the mass-market and became the national drink of choice in both countries.

By the end of the twentieth century vodka had become one of the world’s most popular spirits. Its natural purity gave it intrinsic appeal for northern European traditionalists, who drink it freezer-chilled and neat (not mixed with water, ice or any other liquid), as well as an ideal, neutral base for cocktails and mixers.

Vodka is now made all across the world though notable countries of production – and ones with the highest consumption worldwide – include those in Northern, Central and Eastern Europe, collectively known as the ‘vodka belt’.

Vegetables or grains – vodka can be produced from virtually any fermentable ingredients that contain sugar or starch, but it’s mostly made from potatoes, sugar beet molasses and cereal grains. Rye is a popular choice for Polish vodka while barley is favoured in Finland and wheat in Russia.

Water – Since water forms some 70% of the contents of a bottle of Vodka the type of water used can have significant effect to the final taste and mouthfeel. Distilleries are usually located where there is a plentiful supply of water, ideally which is soft and low in salts and ions making artesian wells or natural springs a preferable choice. Though modern technology allows distillers to demineralise water to produce a pure, tasteless water that won’t affect the final flavour.

Malt meal – The presence of this ingredient is often required to enable the transformation of starch into sugar.

Yeast – An essential ingredient for the process of fermentation. In the past distillers would have relied on natural airborne yeasts for fermentation but today commercially prepared distiller’s or brewer’s yeasts are usually used.

Flavour additives – Commonly used at the end of the production process to add varying characteristics. The most popular flavours range from herbs and grasses to spices and fruits – red pepper, ginger, vanilla, chocolate, cinnamon and bison grass are some examples. Small amounts of honey can also added to increase the vodka’s viscosity or mouthfeel and to take the edge off the attack of the ethanol alcohol – particularly in more mellow western Vodkas.

Vodka is made by harvesting and milling fermentable substances which are then cooked alongside fresh, filtered water.

The mixture is then heated transforming the starch into sugar resulting in ‘mash’ which is then poured into stainless steel tanks and left to ferment into ethyl alcohol – a process that takes anywhere from one day to two weeks.

The liquid ethyl alcohol is then distilled to remove impurities and increase overall alcohol content. This can be done either with pot stills, which need multiple distillations to reach the required content of alcohol but are more practical and cost-effective for small vodka producers, or through column stills which are more commonly used for large production scales and praised for the cleanness and purity of the final product.  The aim of vodka distillation is to produce a spirit that is as close to pure ethanol as possible.

After distillation, the liquid should have between 95-100% alcohol (by law most vodkas have to be distilled to a strength of at least 96% ABV or in the US 95% ABV). Once the final spirit has been distilled some distillers choose to use activated charcoal to remove any remaining impurities.

Water must then be added to weaken the alcohol to the standardised 40% ABV (though this varies from country to country) – it is also at this point that the distiller can add flavour additives. The flavour can be added either by macerating the ingredient in the vodka or by blending in distilled fruit spirits. Less expensive essences can be used, as with gin production, though these can smell and taste artificial and fade quickly in the glass.

Unlike wine or whisky vodka does not have an ageing process so can be immediately bottled and sold. Up to 400 bottles a minute can be machine-filled in some automated distilleries.

Standard, inexpensive vodkas are often made with molasses which give the impression of sweetness but have very little actual flavour. Quick distillation and heavy processing can also adversely affect a vodka’s flavour.

The grains barley, rye and wheat are the traditional raw, base materials for quality vodkas, as well as potatoes. Light, crisp and drier vodkas tend to be made from barley, sweeter versions from rye and richly textured from wheat, while potatoes produce vodka with a uniquely creamy texture.

Premium or super-premium vodkas are often more characterful and are generally made with unusual ingredients, unusual water sources and methods of production – as well as distinctive branding and packaging. These vodkas can command the highest price tags, though there is no legal weight to premium or super-premium titles and can make no discernible difference in blind tastings.

In this regard, the importance of marketing and branding in setting different vodka brands apart is greater for vodka than any other spirits category.

The minimum ABV for standard vodka production in Poland, Russia, Belarus, Czech Republic, Estonia, Hungary, Iceland, Latvia, Lithuania, Norway, Slovakia, Sweden and Ukraine is 40% ABV (alcohol by volume). This figure differs in the European Union which has established a minimum of 37.5 ABV. In the United States products sold as vodka must have a minimum alcohol content of 40%.

As with wine, the first step of tasting starts with the nose as aroma is responsible for around 80% percent of how we process flavour. A vodka’s particular aroma may define how you drink it – neat, on the rocks or in a cocktail. Experts suggest starting with an unflavoured brand of vodka and storing it in the freezer – three hours prior to serving is an accepted rule of thumb. Pour 50cl into a clean, short heavy-bottomed glass, bring it to your nose and slowly inhale through your nose with an open mouth, swirl and repeat. A strong, pungent aroma of alcohol would suggest a poorly crafted vodka. A well-made vodka should present light, medium and heavy notes.

Next, take a sip and cover the tongue for a few seconds before spitting out. Depending on the vodka there may be a light or heavy mouthfeel which can appear slightly cloying as well as either a sweet or salty finish. A small amount of water can be added to the vodka at this point with the process repeated to bring out any hidden flavours.

Drinking vodka in Russia forms a large part of the country’s social fabric and interpersonal interactions. It is never drunk without a reason and comes with a range of etiquette requirements.

Generally drinking vodka is a group activity and done through a series of toasts with the person who pours the shots making the toast.

Quite often the toast will at first be made to the host, then for any number of reasons ranging from the health, success and happiness of those present to noble ancestors or abstract concepts such as honour and pride.

After each toast the vodka is shot back and followed by small pieces of food – known as ‘zakuski’ -which is similar to Spanish tapas and could be anything from pickled vegetables and cold meats to acidic salads or dried and cured fish.

It is also considered important to always finish an opened bottle of vodka to not to leave any undrunk.

Best-selling Vodka brands in the world

Leading brands, origins and base ingredient

Here’s Your Drinks Pairing for Your October 2018 Horoscope | VinePair

The air is crisp, the seasons are changing, and the entire cosmos is poised to shift in your favor. Learn the best drink pairing for your zodiac sign with VinePair’s October horoscope.

Πηγή: Here’s Your Drinks Pairing for Your October 2018 Horoscope | VinePair

The ‘World’s Highest Vineyard’ Has Just Been Crowned

The Guinness Book of World Records just declared the world’s highest vineyard. And it’s situated in a very unlikely location.

High-altitude winemaking is normally associated with vineyards in the Andean foothills of South American nations like Argentina and Bolivia. The holder of the new Guinness title, however, can be found over 10,000 miles away, in Tibet.

Located at 3,563.31 meters above sea level, the ‘Pure Land & Super-high altitude vineyard’ is the first to be declared ‘world’s highest’ by Guinness World Records. The vineyard’s status was recognized by adjudicator Iris Hou, who awarded the official certificate on 27 Sep 2018, Decanter reports.

The vineyard, found in Cai Na Xiang, Tibet, is owned by Rong Shun Biotechnology Development Ltd. There are 11 varieties planted over the 67-hectare expanse, including Vidal, Muscat, and an indigenous variety called Bei Bing Hong.

Speaking to Decanter, Rong Shun Biotechnology claims that expansion is on the horizon. “The grand target is 666.7ha wine plantings by 2022,” it said. The company is also planning on-site production and tourism facilities, for those that can brave the climb.